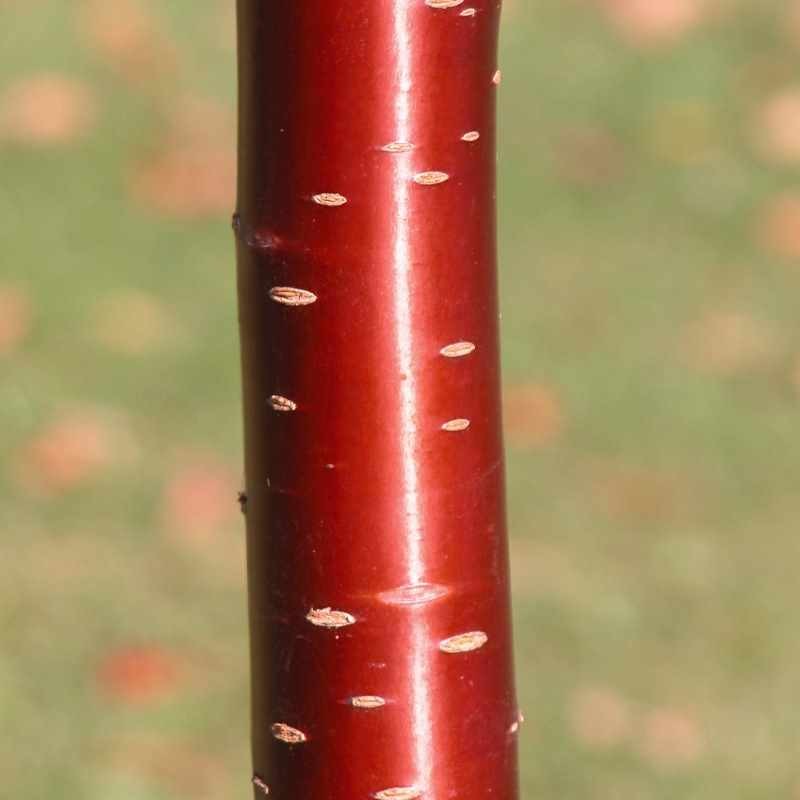 (Tibetan Cherry) An unusual cherry, Prunus serrula is renowned for its polished, mahogany brown bark which is evident even on young specimens and very smooth to the touch.

An unusual cherry, Prunus serrula is renowned for its polished, mahogany brown bark which is evident even on young specimens and very smooth to the touch. It has narrow, willow-like, dark green leaves unlike any other cherry and casts only light shade. In spring each year sporadic white flowers appear on the branches.

Prunus serrula is a wonderful garden tree which gives a jaw-dropping winter display!

This species was introduced to Britain in 1908 by Ernest Wilson from a collection in Western Szechuan, and in 1913 George Forrest introduced another clone from Yunnan. It flourishes in the Tibetan border areas with Western China.

Happy in sandy or clay soils, either acid or chalky the Tibetan cherry will flourish in all parts of Britain. Although the flowers and autumn colours are not as spectacular as other cherries, this beautiful small tree quickly develops lovely, tactile, mahogany coloured polished bark for which it has become famous.

Like the beautiful white barked Himalayan Birches, it benefits from an annual scrub and hose down with clean water. This occasional treatment can transform specimens in urban areas where they may gradually become soiled with grime.

The Tibetan word for prayer flag is Lung ta which literally translates as 'wind horse'. The prayers written on the flags drift up to Buddha. Blue flags signify the sky, white flags represent air, red flags are for fire, green flags for water and yellow flags for earth. 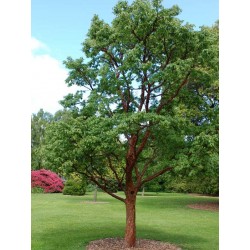 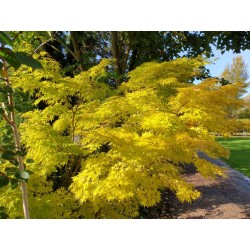 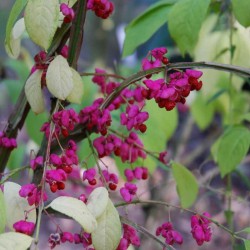 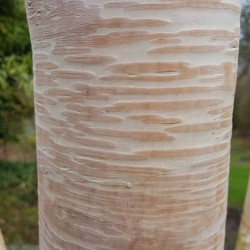 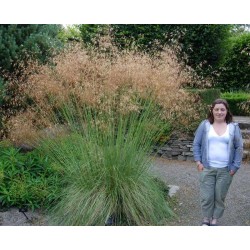 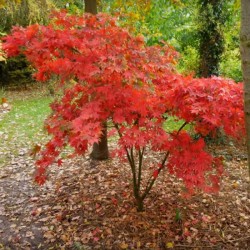 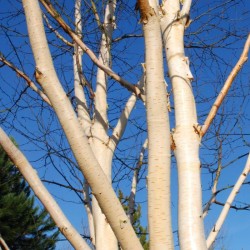 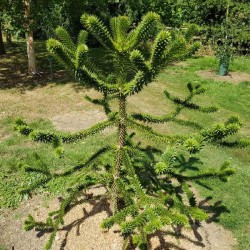 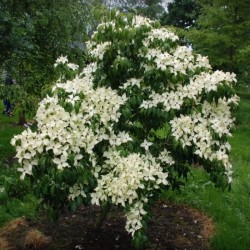 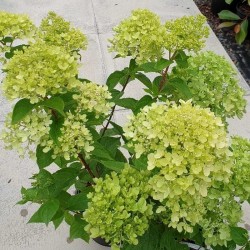 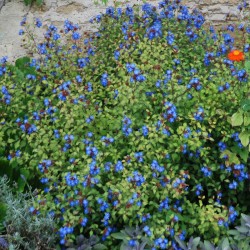 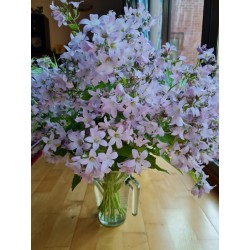