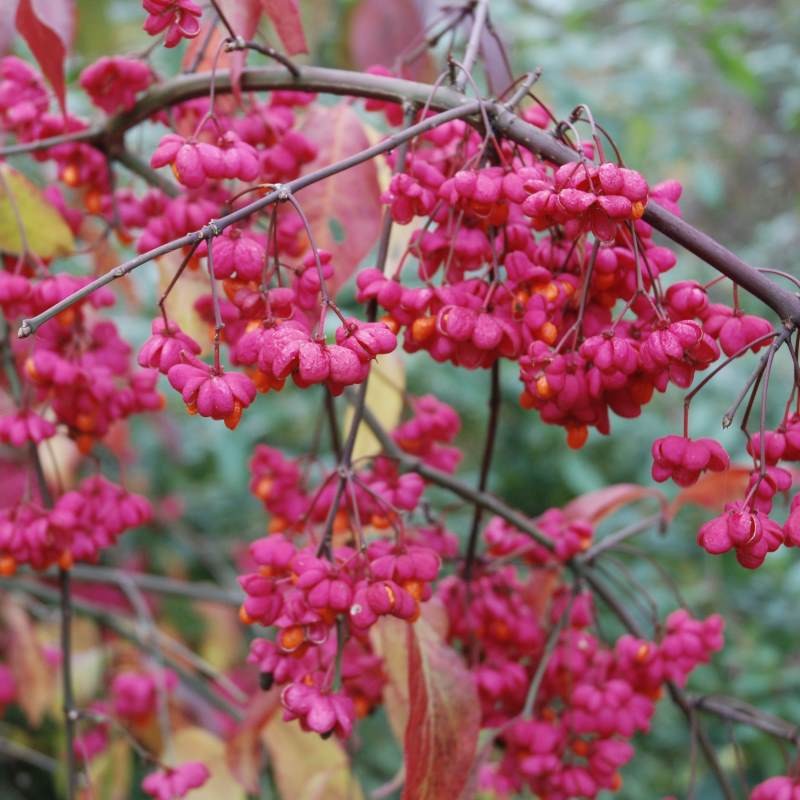 Euonymus europaeus 'Red Cascade' is native, hardy and eventually a medium sized or large garden shrub with an amazing display of fruit in autumn once established. 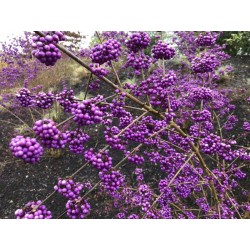 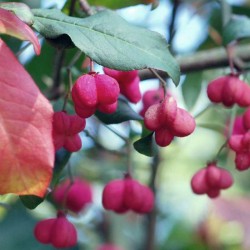 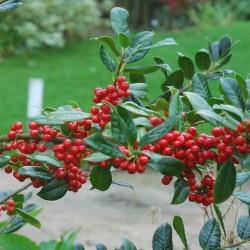