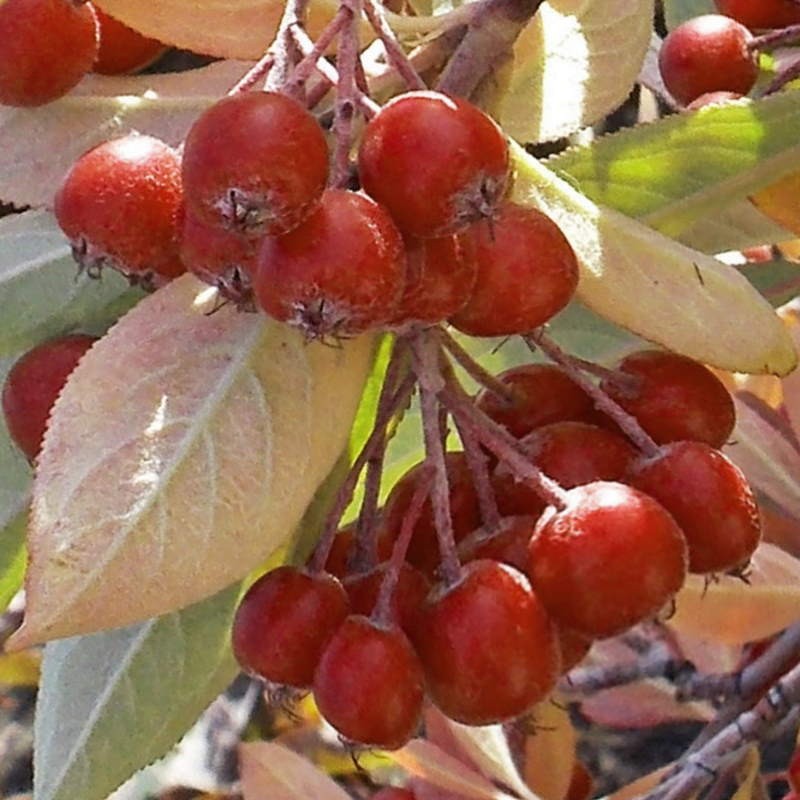 A branching shrub native to eastern North America, Aronia arbutifolia has clusters of white flowers in late spring or early summer followed by bright red fruit later in the year. Despite the common name of 'Chokeberry' the berries are edible and can be used for cooking or making jams, but the fruit itself is astringent, bitter and should be fully ripe before eating.

Aronia arbutifolia is also well known for its autumn colour with the green summer leaves turning handsome shades of red and orange in the autumn before falling. Looks very good when planted in groups! 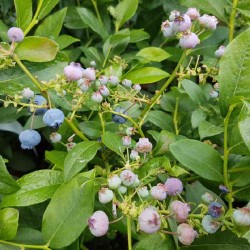 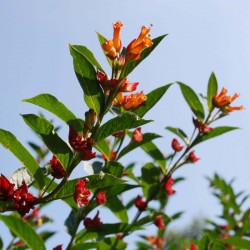 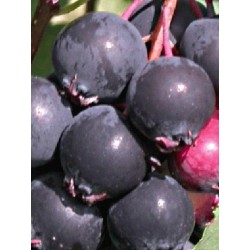 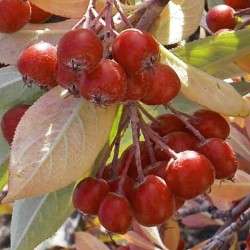 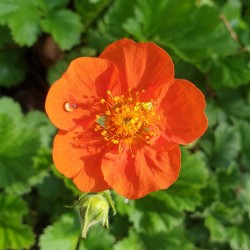 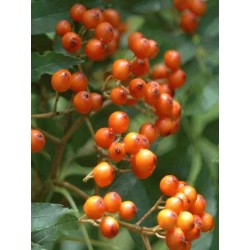 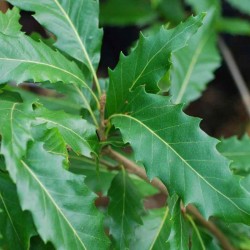 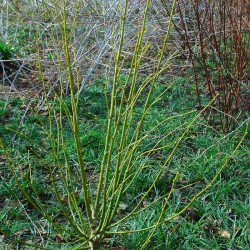 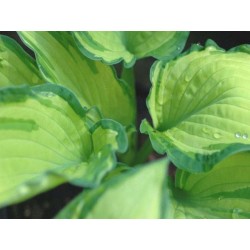